The videos from the last Embedded Linux Conference that took place late March in San Jose, California, are now available on Youtube! This represents a lot of interesting and useful content about embedded Linux topics.

You’ll find below the videos of the three talks given by Bootlin engineers at this Embedded Linux Conference.

An Overview of the kernel DMAEngine subsystem, Maxime Ripard

The Device Tree as a Stable ABI: A Fairy Tale?, Thomas Petazzoni 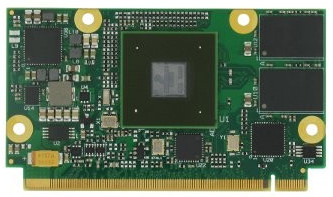 Amongst the multiple customer projects we are currently working on that rely on i.MX6 based platforms, one of them is using the SECO i.MX6 µQ7 System on Module as its heart. Unfortunately, the SECO Linux BSP relies on old U-Boot and Linux kernel releases, which we didn’t want to use for this project.

Therefore, Bootlin engineer Boris Brezillon has ported the mainline U-Boot bootloader on this platform, and contributed the corresponding patches. These patches have been merged, and the support for this platform is now part of the 2015.04 U-Boot release. To build it, simply use the secomx6quq7_defconfig configuration.

The work behind these patches was funded by ECA Group. 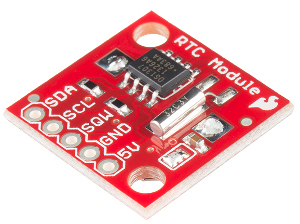 The Linux RTC subsystem supports the Real Time Clock drivers for a large number of platforms and I2C or SPI based Real Time Clocks: it contains about 140 different device drivers, plus the RTC core itself. The current maintainer, Alessandro Zummo, had unfortunately very little time to address all the patches that were sent, and many of them where usually handled by Andrew Morton, acting as a fallback for various parts of the kernel that are not enough actively maintained.

To address this lack of maintainer time, Bootlin engineer Alexandre Belloni recently became a co-maintainer of the RTC subsystem, as can be seen in this patch to the MAINTAINERS file. Alexandre has already started his work by cleaning up the patchwork instance listing all the pending RTC patches, reducing the number of pending patches from 2843 to 436, actively applying new patches being posted, and reviving old patches that never got any attention.

Up to the 4.1 release included, RTC patches will flow to Linus Torvalds through Andrew Morton, but starting from Linux 4.2, Alexandre will start sending his pull requests directly to Linus.

Linus Torvalds has released 4.0 a few days ago, deciding to increment the major number version just because he cannot count up to 20 with his fingers and toes. As usual, LWN gave an excellent coverage of the merge window for 4.0 (which at the time was expected to be called 3.20): first part, second part and third part. LWN also published an article with development statistics about the 4.0 cycle.

According to the statistics, Bootlin is the 7th contributing company in number of patches for the 4.0 cycle.

Here is in detail, all our commits to the Linux 4.0 release: 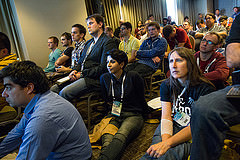 The Bootlin engineering team is back from a busy week at the Embedded Linux Conference 2015 in San Jose, California, last week. During this conference, we presented several talks, a BoF, and participated to the technical showcase with a Buildroot related demo:

Our three talks were all given in front of fully packed rooms, even with a number of people standing in the room for some of them! We were glad to see that the topics we proposed did interest the ELC audience.


In addition to the talk, Thomas Petazzoni organized on Tuesday last week a BoF (Birds of a feather) session on Buildroot, during which approximately 15 persons showed up even though it wasn’t announced in the official schedule. This session was useful to get some feedback from Buildroot users, and meet users and developers in person.

Finally, on Tuesday evening, during the technical show-case, we demo-ed the Buildroot capabilities using a setup that consisted in two platforms running Buildroot-generated systems: a Raspberry Pi 2 system that runs the Kodi media player software, and a Marvell Armada XP based OpenBlocks AX3 system that runs as a NAS providing contents for the media player. This demo was prepared by Buildroot contributor Yann E. Morin, and Bootlin engineer Thomas Petazzoni. The poster presented is available as PDF or SVG, and all the instructions to rebuild the two systems are documented at http://elinux.org/Buildroot:TechShowcase2015_Demo.

In addition, it is worth mentioning that all the slides from the Embedded Linux Conference are available at https://events.linuxfoundation.org/events/archive/2015/embedded-linux-conference/program/schedule and http://elinux.org/ELC_2015_Presentations. The talks have been video recorded by the Linux Foundation, and hopefully unlike to what happened to the ELCE 2014 videos, the ELC 2015 videos will really appear online at some point in the future.