On Bootlin side, our significant contributions to this release have been:

Here is the full details of our contributions, commit by commit:

Flutter is an open source UI framework, released in 2017 by Google, that allows the creation of multi-platform applications, without having to worry about constraints related to supported platforms.

Flutter applications are written in a programming language called Dart, then compiled and run as a native applications, to be efficiently executed on Linux, Android, iOS or Windows platforms, but also as Web applications.

On Linux platforms, Flutter can be used on top of several graphic back-ends: 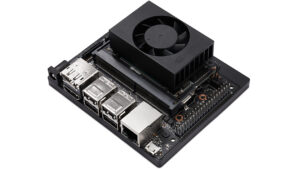 In this article, we show how to build a custom Linux distribution that includes a Flutter Embedder that uses the DRM/EGLStream backend, in order to run the Flutter Gallery application on the NVIDIA Tegra Xavier NX platform.

In addition, we will also extend a Yocto SDK to embed the Flutter toolchain, to be able to build Flutter applications directly with the SDK.

Configure Yocto and build an image

To build our Flutter-enabled Linux distribution, we have chosen to use OpenEmbedded, driven through the Kas utility. Kas is a tool developed by Siemens to facilitate the setup of projects based on Bitbake, such as OpenEmbedded or Yocto.

Kas relies on a YAML file that indicates the information required to:

Below is the Kas YAML file that we created for this example:

As we chose to use a DRM/EGLStream backend of Flutter we extend the DISTRO_FEATURES to enable the support of OpenGL and Wayland:

In addition, we extend the list of packages that will be installed in the image with the ones that provide the Flutter embedder and the Gallery application:

Moreover, as we want to use the release 2.10.5 of Flutter, and without debug support:

Finally, we also install the package that provides a configuration to set the correct modeset when the Tegra direct rendering module is probed.

Using this YAML file, we can instruct Kas to launch the build:

Images and Nvidia tools to flash Jetson platforms are packaged into a tarball built and deployed as a target image into the folder build/tmp-glibc/deploy/images.

The SD card image for the Jetson Xavier NX can be flashed in two different ways:

Here, we explain how to flash it from the target board.

Note: Each Jetson model has its own particular storage layout.

First, we need to extract the tegraflash archive:

Moreover, to be able to flash the Jetson Xavier NX, it is required to switch it in recovery mode. For that it is necessary to connect a jumper between the 3rd and 4th pins from the right hand side of the “button header” underneath the back of the module (FRC and GND; see the labeling on the underside of the carrier board). 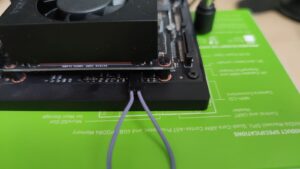 With this done, the module will power up in recovery mode automatically and will be visible from the host PC as an additional USB device:

Overall, here are the steps to follow to flash the SD card and the SPI Nand:

Finally, the target will boot.

Now, it is possible to start the Flutter Gallery application which is part of the core-image-minimal image, together with the Flutter stack, with the following command: 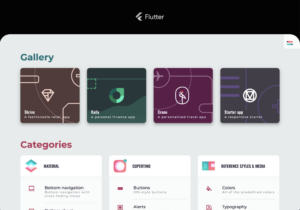 It is possible to enrich the SDK’s sysroots with additional packages, through the variables TOOLCHAIN_HOST_TASK and TOOLCHAIN_TARGET_TASK.
That allows for example to extend the SDK with for example profiling tools, debug tools, symbols to be able to debug offline.

So, we used these variables to append the Flutter SDK and required dependencies to the Yocto SDK, to be able to cross-build Flutter applications with it.

To build the SDK with the same setup as the image previously built, we invoke Kas as follows:

The SDKs built by OpenEmbedded are deployed in the folder build/tmp-glibc/deploy/sdk, so they can be extracted as follows to a folder:

To use the SDK, it is required to source the environment setup script that will set some cross-compile variables, like CC, LD, GDB, in the shell environment to develop or debug applications with SDK’s sysroots:

To illustrate how to use the SDK, let’s see how to build the Gallery Flutter application with the Yocto SDK. Before calling the flutter command, the SDK environment-setup script has been sourced and the following environment variables have been set:

We can then retrieve the application source code:

Here, it is a workaround, that allows the flutter command line to correctly find the version of Flutter SDK:

Without the workaround above, the following error is raised:

Set the required environment variables and build the application for Linux:

This gives you the Flutter application, ready to run on the target!

In this blog post, we have shown that deploying Flutter on an OpenEmbedded distribution was a relatively easy process, and that the SDK can be extended to allow building Flutter applications.

LogicBricks is a vendor of numerous IP blocks, ranging from display controllers, audio controllers, 3D accelerators and many other specialized IP blocks. Most of these IP blocks are designed to work with the Xilinx Zynq 7000 system-on-chip, which includes an FPGA area. And indeed, because the Zynq 7000 does not have a display controller, one of Bootlin customers has selected the LogicBricks logiCVC-ML IP to provide display support for their Zynq 7000 design.

LogiBricks provide one driver based on the framebuffer subsystem and another one based on the DRM subsystem, but none of these drivers are in the upstream Linux kernel. Bootlin engineer Paul Kocialkowski worked on a clean DRM driver for this IP block, and submitted the first version to the upstream Linux kernel. We already received some useful comments on the Device Tree binding for this IP block, which is pretty elaborate due to the number of aspects/features that can be tuned at IP synthesis time, and we will of course take into account those comments and send new iterations of the patch series until it gets merged.

In the e-mail containing the driver patch itself, Paul gives a summary of the IP features that are supported and tested, and those that re either untested or unsupported: