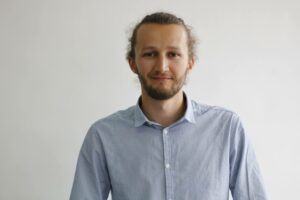 Köry has developed Linux Board Support Packages (BSPs) from scratch to support new i.MX6 and i.MX27 boards. He helped the hardware designers with the choice of components. Then he worked on extending or updating Linux kernel drivers (such as audio codecs, USB and serial drivers), and on developing new drivers from scratch (such as a new I2C device driver). He also maintained U-Boot on such boards. Köry also has experience using Coreboot on an x86 CPU.

Köry was then in charge of maintaining the Linux and U-Boot BSPs for such boards.

Still for the above i.MX6 and i.MX27 boards, Köry developed new layers to generate embedded Linux distributions with the Yocto Project, to reduce the dependency on Freescale layers and allow for long term maintainability.