Buildroot is a tool that I’ve already covered in a previous blog post. To me, its main purpose is to build the root filesystem for an embedded Linux system, with all the necessary applications and libraries. It automates the tedious process of cross-compiling and integrating all the free software components in an embedded system.

In addition to root filesystem generation, Buildroot is also known for its ability to generate a uClibc-based cross-compilation toolchain. Buildroot used to be for quite some time the only way to generate a toolchain based on this size-effective C library, but it is no longer the case with Crosstool-NG supporting glibc, uClibc and eglibc.

However, I’ve personaly never been really satisfied with uClibc generation of cross-compiling toolchains:

Support for the usage of external toolchains has already been present in Buildroot for a long time, but wasn’t developed enough to be easily usable. Months ago, I’ve started to improve the situation (here, here, here and here), and last week, two other patches have been integrated.

So, now, external toolchains are a little bit easier to use with Buildroot, and your own vendor toolchain, Codesourcery toolchains or any other toolchain can be used with Buildroot. The only requirement is that the toolchain supports the sysroot feature, which is very common in most toolchains. 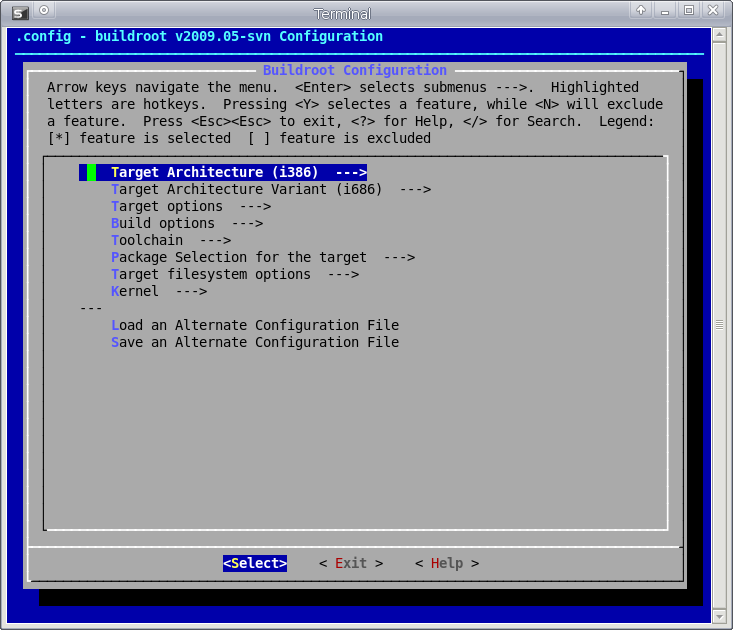 Here are the contributions that we made to the user and developer community in 2008, thanks to the customers who ordered our engineering and training services.

As you can see, we do our best to have all our contributions merged into mainline sources. So, if you need a new feature in the Linux kernel (supporting your new boards, for example), in development tools and libraries (Buildroot, QEMU…), and want to enjoy this feature in all future updates and releases, don’t hesitate to ask us. We will be glad to work with the community and find a long lasting solution.

Thomas Petazzoni became official committer in November 2008. In addition to contributions, patch review and integration of patches into the official Buildroot repository, and discussions on the mailing list.

All our training materials can now be found on our docs page. Some of them are not new, but have undergone substantial updates.

You may also count our subscriptions to the most useful LWN.net resource.