Mid-March of this year, 8 engineers from Bootlin attended the Embedded Linux Conference North-America in Portland, Oregon. We had a strong presence at this conference with 5 talks, one BoF and two E-ALE tutorial sessions.

In this first blog post about ELC 2018, we want to share the slides and videos of the talks we gave during the conference. 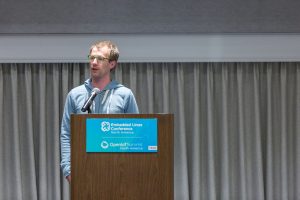 After a short introduction about Buildroot, this talk will go through the numerous new features and improvements that have appeared in the last few years, and show how they can be useful for developers, users and contributors.

This talk is an updated version of the one given at ELCE 2017. 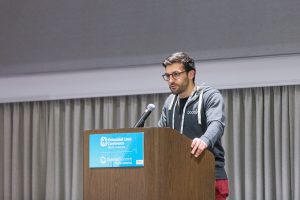 NAND flash chips are almost everywhere, sometimes hidden in eMMCs, sometimes they are just parallel NAND chips under the orders of your favorite NAND controller. Each NAND vendor follows its own rules. Each SoC vendor creates his preferred abstraction for interacting with these chips.

Handling all of that requires some abstraction, and that is currently being enhanced in Linux! A new interface, called exec_op is showing up. It has been designed to match the most diverse situations. It should ease the support of advanced controllers as well as the implementation of vendor-specific NAND flash features.

This talk will start with some basics about NAND memories, especially their weaknesses and how we get rid of them. It will also show how the interaction between NAND chips and controllers has been standardized over the years and how it is planned to drive NAND controllers within Linux.

Secure Boot from A to Z – Quentin Schulz & Mylène Josserand 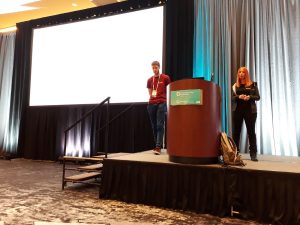 Based on our complementary experience on building a secure system on an i.MX6 custom board, we’ll present how to build a complete chain-of-trust for a platform.

This talk will introduce each and every link of the chain-of-trust from the boot ROM to filesystem, as well as the bootloader and kernel with real life examples.

We’ll go through everything needed from the signing of binaries (U-Boot and kernel) to the secured automation of kernel booting within the bootloader, the use of dm-verity and switchroot for securing the filesystem, and more. 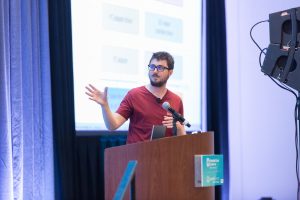 The MIPI Alliance recently released version 1 of the I3C (pronounce ‘eye-three-see’) bus specification, which is supposed to be an improvement over the long-standing I2C and SPI protocols. Compared to I2C/SPI, I3C provides a higher data rate, lower power consumption and additional features such as dynamic address assignment, host join, in-band interrupts. For the last year or so, Bootlin has been working with Cadence Design Systems on supporting this new kind of bus in Linux.

With this talk we would like to introduce this new bus and the concepts it brings to the table. We will also detail how we plan to expose the new features exposed by the I3C protocol in Linux and go through future possible improvements of the I3C framework that has already been submitted for review on the Linux kernel mailing list. 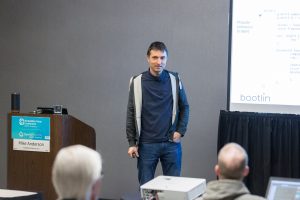 For people new to Linux kernel driver programming, writing a driver for an I2C device is a relatively easy way to start. This presentation will start by explaining the Device Model, the mechanism that the Linux kernel offers to bind drivers to devices. Even though the way to detect or describe devices can depend on the bus or CPU architecture, the infrastructure binding devices with drivers is universal and therefore applies to all types of device drivers in the Linux kernel. You will see how the driver uses one of the frameworks offered by the Linux kernel to expose device data to user space in a generic way. Once again, this type of mechanism is used everywhere in the Linux kernel.

Michael presented this topic as part of the E-ALE track, we’ll update this blog article once the recording is available to embed the video.

This “Birds of a Feather” session will start by a quick update on available resources, patches and recent work to reduce the size of user-space and of the Linux kernel (in particular the efforts from Nicolas Pitre).

If you are interested in the size topic, please join this BoF and share your experience, the resources you have found and your ideas for further size reduction techniques! This BoF will build upon the one run at the latest Embedded Linux Conference in Europe.

We’ll update this blog article once the recording is available to embed the video.

Getting Started with Buildroot – Thomas Petazzoni

Need to create simple and optimized Linux systems for your embedded devices? Tired of complicated tools? You should try Buildroot!

In this tutorial, we will first introduce Buildroot, a popular embedded Linux build system, that allows you to build your own cross-compilation toolchain, Linux kernel and bootloader images, as well as root filesystem with your selection of user-space libraries and applications, all from an easy-to-use “menuconfig” interface.

Thomas presented this topic as part of the E-ALE track, we’ll update this blog article once the recording is available to embed the video. 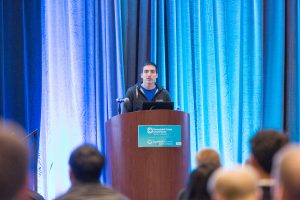 Hardware Ethernet switches are appearing on more SoC families and can take care of many network functionalities like VLAN tagging, IGMP snooping, link aggregation,… Linux is able to offload network processing to those switches using the switchdev and the DSA APIs.

This talk will introduce the Ethernet switches and their typical features, the Linux switchdev and DSA APIs and their differences. It will also give an overview of sample implementations and how to use the features from userspace.