Back in June last year, we launched a new service that provides pre-compiled and ready-to-use cross compilation toolchains for a large number of CPU architectures and C library configurations. They are available from toolchains.bootlin.com.

We have recently updated those toolchains, with the following improvements: 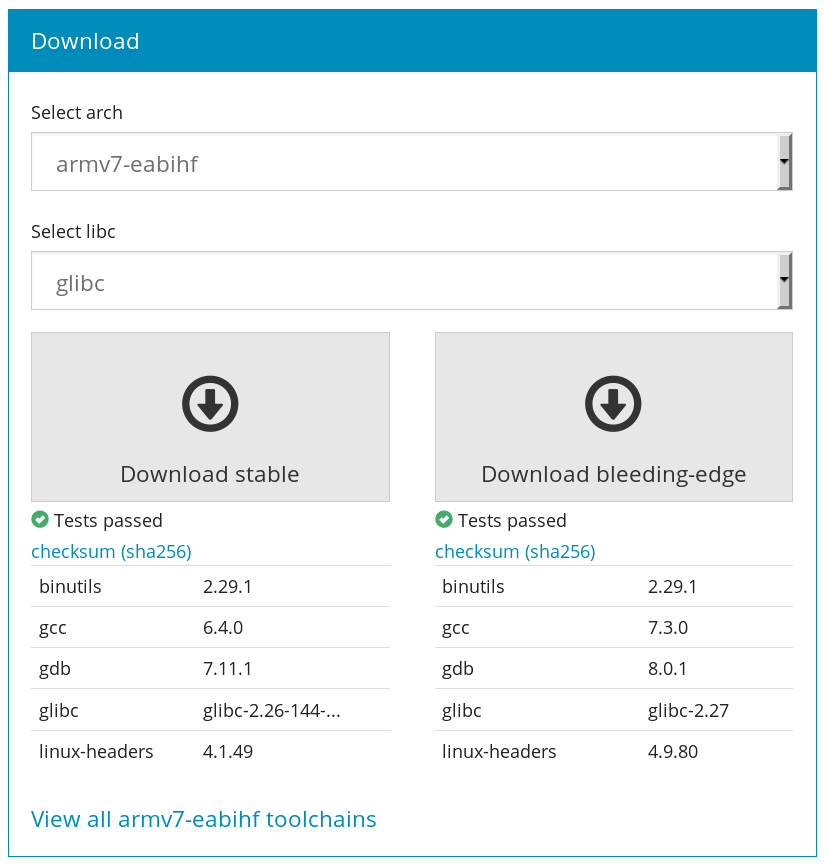 We remain interested in getting your feedback about those toolchains, so do not hesitate to contact us at info@bootlin.com, or through the Github issue tracker.