Bootlin engineer Boris Brezillon has been involved in the support for NAND flashes in the Linux kernel for quite some time. He is the author of the NAND driver for the Allwinner ARM processors, did several improvements to the NAND GPMI controller driver, has initiated a significant rework of the NAND subsystem, and is working on supporting MLC NANDs. Boris is also very active on the linux-mtd mailing list by reviewing patches from others, and making suggestions.

For those reasons, Boris was recently appointed by the MTD maintainer Brian Norris as a new maintainer of the NAND subsystem. NAND is considered a sub-subsystem of the MTD subsystem, and as such, Boris will be sending pull requests to Brian, who in turn is sending pull requests to Linus Torvalds. See this commit for the addition of Boris as a NAND maintainer in the MAINTAINERS file. Boris will therefore be in charge of reviewing and merging all the patches touching drivers/mtd/nand/, which consist mainly of NAND drivers. Boris has created a nand/next branch on Github, where he has already merged a number of patches that will be pushed to Brian Norris during the 4.7 merge window. 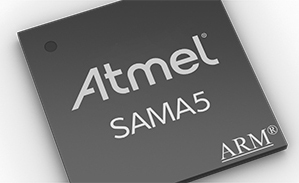