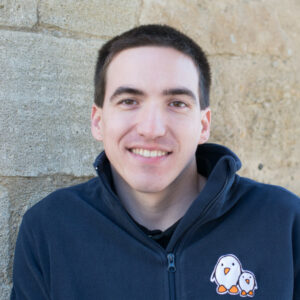 Alexandre Belloni is Bootlin’s co-owner and Chief Operating Officer since 2021.

Alexandre Belloni initially joined Bootlin in 2013 as an embedded Linux and Linux kernel engineer and trainer, and became COO in 2021. Alexandre has been working on embedded systems since 2005. His experience led him to work on multiple Free Software operating systems, mostly Linux and FreeBSD.

Alexandre contributed more than 1500 patches to the Linux kernel.

This lead him to work across many kernel subsystems, including timers, clocks, pin muxing, interrupt controllers to add or improve support for Microchip’s SoC lines.
He also reworked the power management driver for Microchip ARM SoCs and he developed the switchdev network driver for the switch included on the Microchip VSC751x.
Obviously, he worked on many if not all the RTC drivers, the RTC core and was involved in the kernel timekeeping code.

Alexandre is still regularly porting Linux to custom boards, developing drivers when necessary. As part of this, he enjoys working audio codec integration and on various small sensors.

Alexandre also contributed a few packages and configurations to buildroot which he used in multiple projects.

Alexandre is a trainer for our Embedded Linux, Linux kernel and driver development, and Yocto Project and OpenEmbedded development courses. Since 2013, he taught more than 40 trainings all around the world.