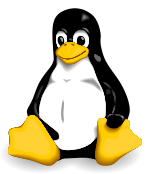 Our major contributions this time around have been:

For the upcoming 4.2 version, we have 198 patches in linux-next, of which 191 have already been pulled by Linus as part of the 4.2 merge window.