The Netdev 2.2 conference took place in Seoul, South Korea. As we work on a diversity of networking topics at Bootlin as part of our Linux kernel contributions, Bootlin engineers Alexandre Belloni and Antoine Ténart went to Seoul to attend lots of interesting sessions and to meet with the Linux networking community. Below, they report on what they learned from this conference, by highlighting two talks they particularly liked. 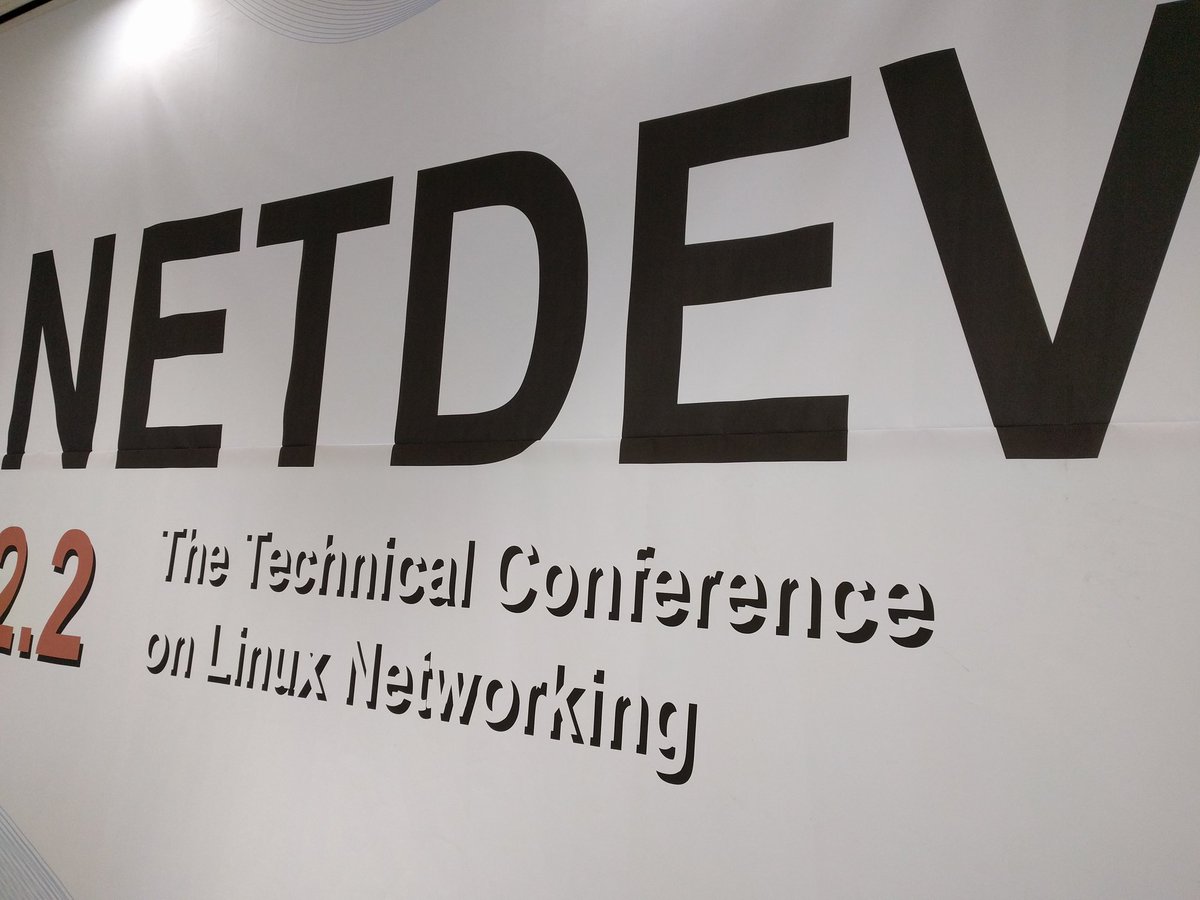 David S. Miller gave a keynote about reducing the size of core structures in the Linux kernel networking core. The idea behind his work is to use smaller structures which has many benefits in terms of performance as less cache misses will occur and less memory resources are needed. This is especially true in the networking core as small changes may have enormous impacts and improve performance a lot. Another argument from his maintainer hat perspective is the maintainability, where smaller structures usually means less complexity.

He presented five techniques he used to shrink the networking core data structures. The first one was to identify members of common base structures that are only used in sub-classes, as these members can easily be moved out and not impact all the data paths.

The second one makes use of what David calls “state compression”, aka. understanding the real width of the information stored in data structures and to pack flags together to save space. In his mind a boolean should take a single bit whereas in the kernel it requires way more space than that. While this is fine for many uses it makes sense to compress all these data in critical structures.

Then David S. Miller spoke about unused bits in pointers where in the kernel all pointers have 3 bits never used. He argued these bits are 3 boolean values that should be used to reduce core data structure sizes. This technique and the state compression one can be used by introducing helpers to safely access the data.

Another technique he used was to unionize members that aren’t used at the same time. This helps reducing even more the structure size by not having areas of memory never used during identified steps in the networking stack.

Finally he showed us the last technique he used, which was using lookup keys instead of pointers when the objects can be found cheaply based on their index. While this cannot be used for every object, it helped reducing some data structures.

While going through all these techniques he gave many examples to help understanding what can be saved and how it was effective. This was overall a great talk showing a critical aspect we do not always think of when writing drivers, which can lead to big performance improvements.

Jason A. Donenfeld presented his new and shiny L3 network tunneling mechanism, in Linux. After two years of development this in-kernel formally proven cryptographic protocol is ready to be submitted upstream to get the first rounds of review.

The idea behind Wireguard is to provide, with a small code base, a simple interface to establish and maintain encrypted tunnels. Jason made a demo which was impressive by its simplicity when securely connecting two machines, while it can be a real pain when working with OpenVPN or IPsec. Under the hood this mechanism uses UDP packets on top of either IPv4 and IPv6 to transport encrypted packets using modern cryptographic principles. The authentication is similar to what SSH is using: static private/public key pairs. One particularly nice design choice is the fact that Wireguard is exposed as a stateless interface to the administrator whereas the protocol is stateful and timer based, which allow to put devices into sleep mode and not to care about it.

We look forward to seeing Wireguard hit the mainline kernel, to allow everybody to establish secure tunnels in an easy way!

Netdev 2.2 was again an excellent experience for us. It was an (almost) single track format, running alongside the workshops, allowing to not miss any session. The technical content let us dive deeply in the inner working of the network stack and stay up-to-date with the current developments.

Thanks for organizing this and for the impressive job, we had an amazing time!