The Embedded Linux Conference Europe 2017 took place at the end of October in Prague. We already posted about this event by sharing the slides and videos of Bootlin talks and later by sharing our selection of talks given by other speakers.

During the closing session of this conference, Bootlin CEO Michael Opdenacker has received from the hands of Tim Bird, on behalf of the ELCE committee, an award for its continuous participation to the Embedded Linux Conference Europe. Indeed, Michael has participated to all 11 editions of ELCE, with no interruption. He has been very active in promoting the event, especially through the video recording effort that Bootlin did in the early years of the conference, as well as through the numerous talks given by Bootlin. 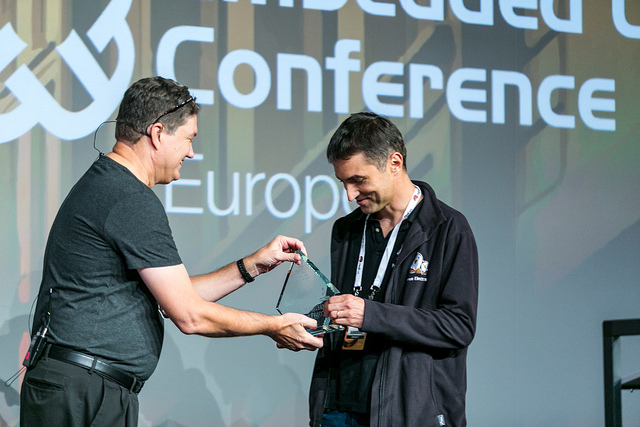 Bootlin is proud to see its continuous commitment to knowledge sharing and community participation be recognized by this award!