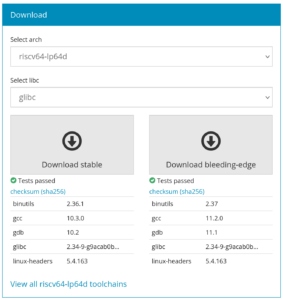 Bootlin has been offering since 2017 a large set of ready to use pre-compiled cross-compilation toolchains at toolchains.bootlin.com. These toolchains are available for a wide range of CPU architectures and CPU variants, and support either the glibc, uClibc-ng or musl C libraries, where applicable.

It’s been quite some time since the last release of those toolchains, so we took the opportunity of this quiet period between Christmas and New Year to finally update the toolchains. We’re happy to announce that we have now published a total of 187 toolchains targeting 46 different CPU architecture variants. As the toolchain release name suggests, they are now built with Buildroot 2021.11.

The most important changes are the following ones: