Bootlin has been offering since 2017 a large set of ready to use pre-compiled cross-compilation toolchains at toolchains.bootlin.com. These toolchains are available for a wide range of CPU architectures and CPU variants, and support either the glibc, uClibc-ng or musl C libraries, where applicable.

It’s been quite some time since the last release of those toolchains, so we took the opportunity of this quiet period between Christmas and New Year to finally update the toolchains. We’re happy to announce that we have now published a total of 187 toolchains targeting 46 different CPU architecture variants. As the toolchain release name suggests, they are now built with Buildroot 2021.11.

The most important changes are the following ones:

Bootlin provides a large number of ready-to-use pre-built cross-compilation toolchains at toolchains.bootlin.com. We announced the service in June 2017, and released multiple versions of the toolchains up to 2018.11.

After a long pause, we are happy to announce that we have released a new set of toolchains, built using Buildroot 2020.02, and therefore labelled as 2020.02, even though they have been published in April. They are available for 38 CPU architectures or architecture variants, supporting the glibc, uclibc-ng and musl C libraries when possible. 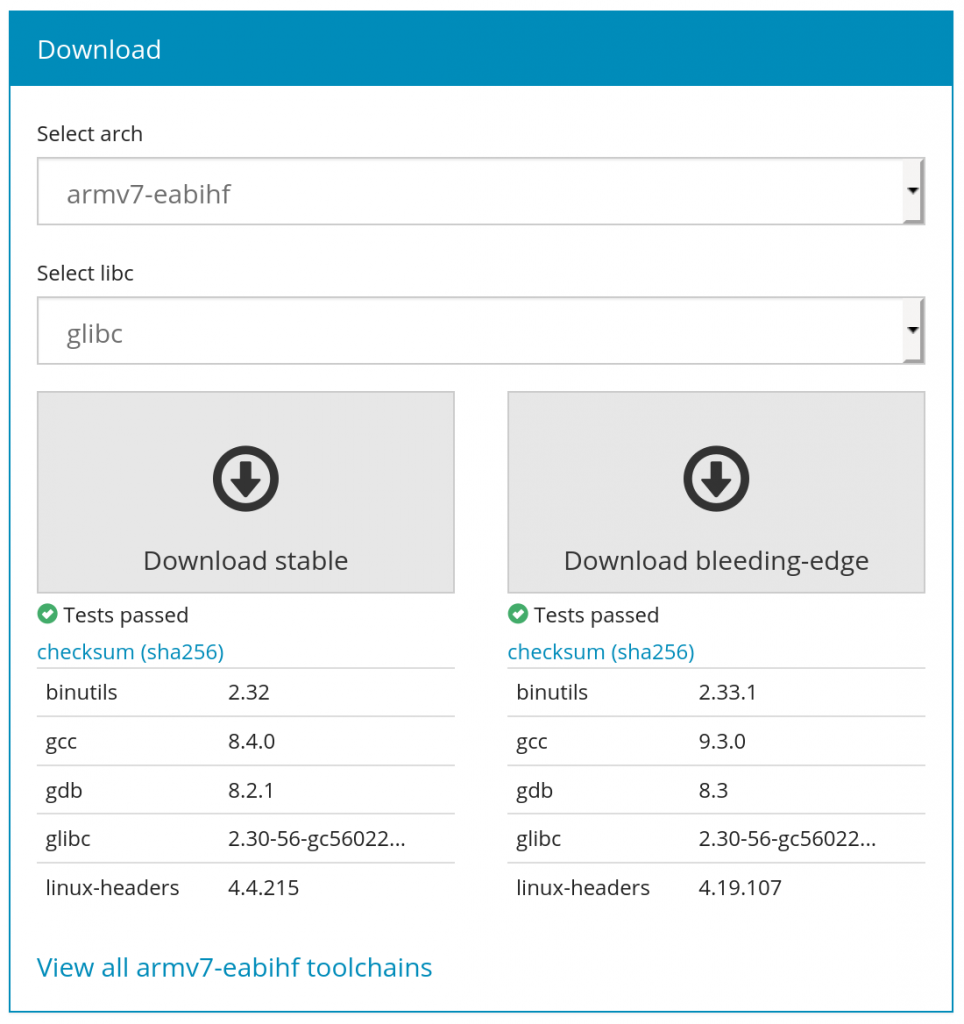 In total, that’s 154 different toolchains that we are providing! If you are using these toolchains and face any issue, or want to request some additional change of feature, do not hesitate to contact us through the corresponding Github project. Also, I’d like to thank Romain Naour, from Smile for his contributions to this project.

Two months ago, we announced a new service from Bootlin: free and ready-to-use Linux cross-compilation toolchains, for a large number of architectures and C libraries, available at https://toolchains.bootlin.com/.

All our bleeding edge toolchains have been updated, with the latest version of the toolchain components:

Those bleeding edge toolchains are now based on Buildroot 2017.08-rc2, which brings a nice improvement: the host tools (gcc, binutils, etc.) are no longer linked statically against gmp, mpfr and other host libraries. They are dynamically linked against them with an appropriate rpath encoded into the gcc and binutils binaries to find those shared libraries regardless of the installation location of the toolchain.

However, due to gdb 8.0 requiring a C++11 compiler on the host machine (at least gcc 4.8), our bleeding edge toolchains are now built in a Debian Jessie system instead of Debian Squeeze, which means that at least glibc 2.14 is needed on the host system to use them.

The only toolchains for which the tests are not successful are the MIPS64R6 toolchains, due to the Linux kernel not building properly for this architecture with gcc 7.x. This issue has already been reported upstream.

We haven’t changed the component versions of our stable toolchains, but we made a number of fixes to them:

We made a number of small improvements to the toolchains.bootlin.com site:

As usual, we welcome feedback about our toolchains, either on our bug tracker or by mail at info@bootlin.com.