A group of Linux kernel developers is organizing on September 11-14 the Alpine Linux Persistence and Storage Summit, a meeting of kernel developers to discuss the hot topics in Linux storage and file systems, such as persistent memory, NVMe, multi-pathing, raw or open channel flash and I/O scheduling. 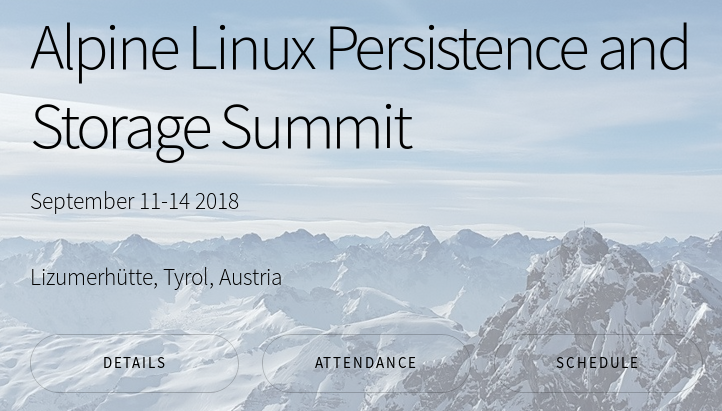 Bootlin engineers Boris Brezillon, who is the co-maintainer of the MTD subsystem in the Linux kernel, and Miquèl Raynal, who is the co-maintainer of the NAND subsystem in the Linux kernel, will be attending this event. Through this participation, Bootlin is supporting the work done by its engineers acting as Linux kernel maintainers: they will have the chance to meet other kernel developers and discuss the current issues and future of storage-related subsystems. After the event, we will be reporting on our blog about the discussions that took place.