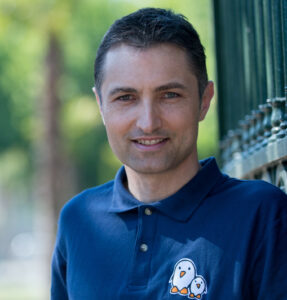 Michael is Bootlin’s founder. He has been Bootlin’s CEO until the company acquisition in 2021, at which point Michael continued his activities as an embedded Linux and Linux kernel engineer and trainer.

Michael has 20 years of experience using Unix and GNU / Linux and promoting Free Software. He has been working with embedded Linux since 2003 and created the company in 2004.

Michael has been working on Embedded Linux since 2003:

Since 2000, active contributor to the Free Software community (check on Google!)

Michael is also very familiar with the microelectronics industry: