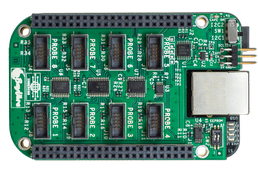 The United Nations 2015 Climate Change Conference is an opportunity for everyone to think about contributing to the transition to renewable and sustainable energy sources.

One way to do that is to buy electricity that is produced from renewable resources (solar, wind, hydro, biomass…). With the worldwide opening of the energy markets, this should now be possible in most parts of the world.

So, with a power consumption between 4,000 and 5,000 kWh per year, we have decided to make the switch for our main office in Orange, France. But how to choose a good supplier?

Greenpeace turned out to be a very good source of information about this topic, comparing the offerings from various suppliers, and finding out which ones really make serious investments in renewable energy sources.

Here are the countries for which we have found Greenpeace rankings:
Australia France

If you find a similar report for your country, please let us know, and we will add it to this list.

Back to our case, we chose Enercoop, a French cooperative company only producing renewable energy. This supplier has by far the best ranking from Greenpeace, and stands out from more traditional suppliers which too often are just trading green certificates, charging consumers a premium rate without investing by themselves in green energy production.

The process to switch to a green electricity supplier was very straightforward. All we needed was an electricity bill and 15 minutes of time, whether you are an individual or represent a company. From now on, Enercoop will guarantee that for every kWh we consume from the power grid, they will inject the same amount of energy into the grid from renewable sources. There is no risk to see more power outages than before, as the national company operating and maintaining the grid stays the same.

It’s true our electricity is going to cost about 20% more than nuclear electricity, but at least, what we spend is going to support local investments in renewable energy sources, that don’t degrade the fragile environment that keeps us alive.

Your comments and own tips are welcome!

A nice, cheap and tiny x86 embedded board that runs Linux and just consumes 1W. It has all the basic connectivity you need in an embedded system.

As you may already know, we maintain a list of attractive and Linux friendly embedded boards. Whenever we find a new board that is attractive and meets our strict criteria (supporting Linux or other free kernels, public pricelist, public documentation and website with an English version), we add this board to our list. This way, we don’t forget about any useful board, and we can offer useful guidance to our customers and to any embedded system developer looking for a suitable hardware platform.

Somebody at Bifferos.com has just contacted us to let us know about their Bifferboard product. Here are its announced features:

The board has two components: the CPU board, and the I/O one, offering Ethernet and USB host connectivity. For a serial port, you can order a special cable from their shop, which connects to a USB port on your workstation.

Thanks to its low power consumption, the Bifferboard can even be powered by USB. According to its makers, the board can do anything a NSLU2 device can do. It is just cheaper (approximately 33 EUR at the time of this writing).

Last but not least, most Bifferboard hardware can be emulated with QEMU.

While it could also be suitable for mass production projects, it can be at least a nice platform for prototypes, hobby, research and educational projects.

Bootlin has contributed major updates to the Linux Ecology HOWTO, a Linux Documentation Project document that gathers ideas and techniques for using Linux in an environmentally friendly way.

In particular, Bootlin took advantage of its experience with embedded Linux system development to add new techniques which can reduce power consumption or make it possible to extend the lifetime of old systems with limited resources.

Bootlin also contributed an overview presentation on this HOWTO. The latest HOWTO version with our updates (waiting for the next official release) can also be found on the same page.