In the recent times, the Buildroot project has seen a particular high level of activity, with a significant number of new contributors and contributions. It is an interesting opportunity to have a look at some statistics of the project activity in the last years: they show that the Buildroot project is really active, and in rapid development.

First, a look at the number of commits per month is an obvious way of looking at the activity of an open-source project. For two years, the project has seen each month at least 150 commits, and since for the last year, most of the months have seen between 300 and 400 commits. 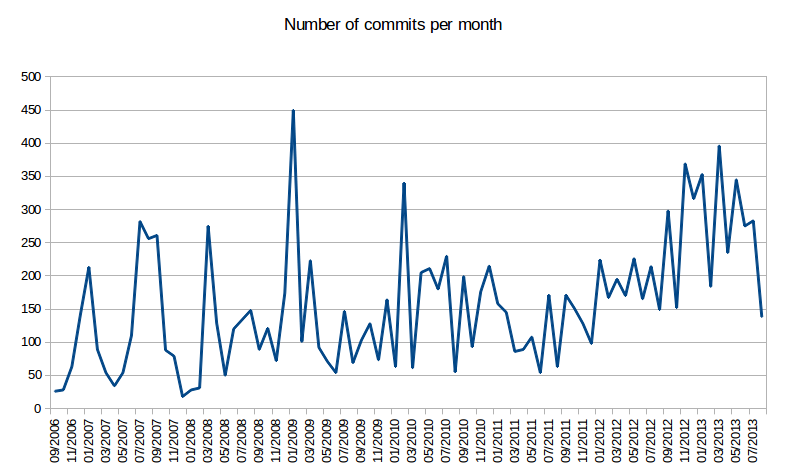 The mailing list activity also nicely reflects this increasing activity: it is now receiving almost each month between 1500 and 2000 e-mails, which means between 50 and 65 e-mails per day, and it starts to be difficult to read everything! 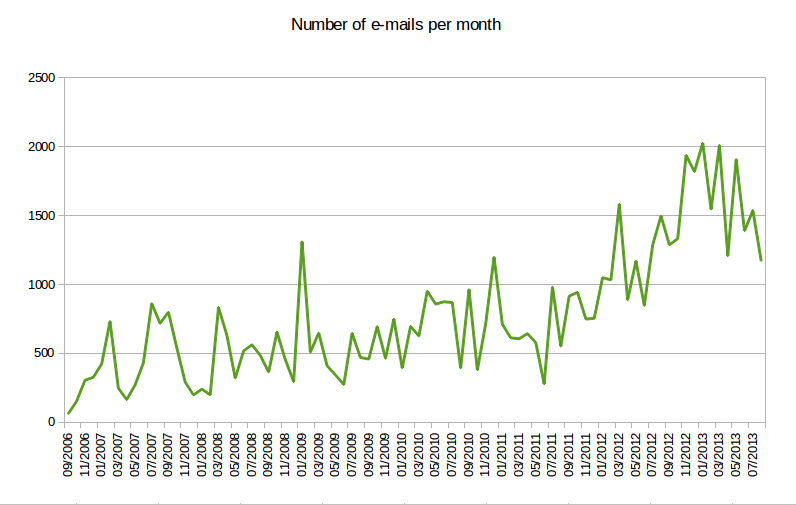 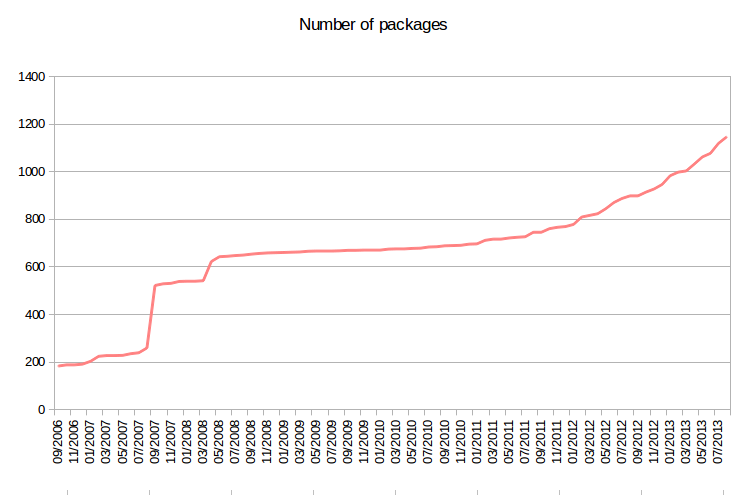 All in all, those four graphs clearly show a nice increase of activity within the Buildroot project, which is really cool!

Some notes on how the data was computed:

One thought on “Increasing activity in the Buildroot community”