On the players integration side, the goals for this week covered Kodi support for our beloved Allwinner platforms (of course, with upstream). But first, a few words as a follow-up to last week’s work on the MB32 untiling GPU shader. A specific commit related to texture uploading on the Mali400 was spotted in the MER project, fixing an issue apparently very similar to our own. Alas! It didn’t help with our case and did not lead to any improvement.

While the shader untiler is required for accelerated X11 display with the GPU, Kodi offers direct DRM/KMS support (the Kernel Mode-Setting part of the Display Rendering Manager, that deals with on-screen display). This means that we can use the DRM work from months ago for untiling the VPU buffers directly with the video engine. This is sometimes even faster than the GPU, especially for 4K contents!

However, Kodi is a complex piece of software that requires significant integration. Its support in Buildroot definitely reveals that complexity, that is gracefully abstracted by the build system. On top of that, the Kodi target platform for using DRM/KMS, called GBM (we’ll get back to this acronym in a bit) is not supported in most build systems (Buildroot included), with the exception of LibreELEC, that is used by the developers contributing to this Kodi target. After an intense struggle, it became clear that LibreELEC was the only reasonable and sane way to go for supporting GBM. Thanks to the huge help and incredible availability of the community of LibreELEC developers interested in Allwinner support, it was possible to finally bootstrap a working installation (that does not interface with our VAAPI backend yet):

In order to provide high performance and a pleasant experience, Kodi heavily relies on the GPU, which is supported by the EGL and GLES interfaces. EGL, in charge of the display part, has to be connected to the native windowing system of the target in use, that can be X11 or Wayland/GBM. GBM, which stands for Generic Buffer Management is an abstracted API for graphics-related memory management. It allows abstracting memory allocators such as GEM (the Graphics Execution Manager used in conjunction with DRM) through a consistent and unified interface that is, as for EGL and GLES, independent from the system and hardware implementations. Kodi uses GBM directly to allocate buffers shared between the GPU and the DRM subsystem.

This requires explicit cooperation from the used EGL implementation, the Mali blobs in our case. Sadly, the blobs available for the A10/A13/A20 and A33 platform do not provide the GBM interface. Still, LibreELEC offers support for the H3 platform and so it was selected as a primary target for setting up Kodi support for the GBM target. Thanks to Libre Computer, we received a (significant) number of boards for our development purposes, including H3 boards that were directly useful in this effort!

The H264 effort has also seen some great progress this week. We finally got the first frame of Big Buck Bunny to be decoded on Monday, and gradually improved the libva-dump, cedrus-frame-test and our kernel driver to fix the bugs that were found along the way. The libvdpau-sunxi authors, and Jens Kuske in particular, provided some great feedback on how the reference list, decoded buffer buffers, and the Video Engine in general were working. We now can play a video with only I-frames without any hiccups (that we found out), and the P-frame support is slowly getting into shape. We can decode the first 4 frames of Big Buck Bunny without any issue, and the fifth is reported as decoded, but, well, see below for yourself… Obviously this will need a bit more work, and to test it with other videos and with B-Frames. But this is good news! 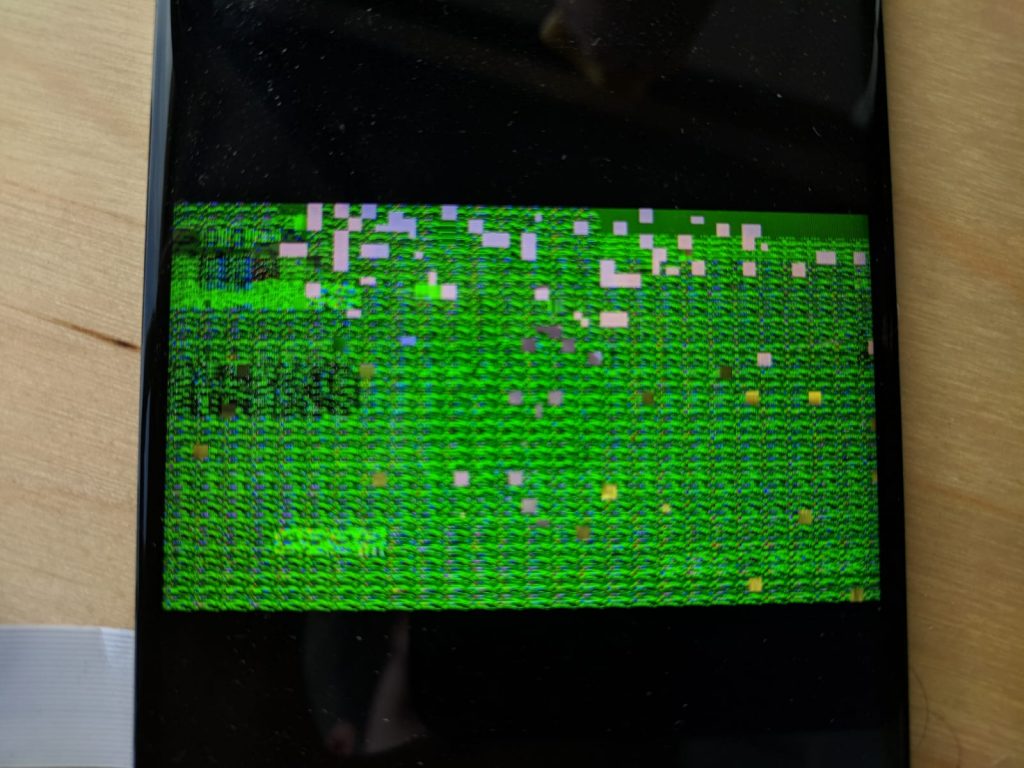