After the initial submission of the Sunxi-Cedrus driver last week, I spent most of this week looking into the sun4i DRM (Direct Rendering Manager) driver. The driver is in charge of handling the display pipeline on Allwinner SoCs. Tight integration of the VPU and the display pipeline is required in order to achieve decent video playback performance. That is because the output format of the VPU is a 32×32 tiled format based on NV12, a YUV420 semi-planar format, with one plane for the Y component (luminance) and one plane for the interleaved UV components (chrominance). While NV12 is a standard format for video output, the tiling is rather specific to the VPU, so the frames have to be untiled before they can be used. This operation, when done in software, is rather slow. Moreover, software-based compositing of the decoded frames is also a bottleneck that impacts the overall performance.

In order to circumvent these issues, we will be using the display engine itself to untile the VPU output frames and show the untiled frames directly in a dedicated hardware plane, that is then composed with the primary plane. This requires several features and especially support for the display engine’s frontend, that has the required components to untile and decode the frames. Partial support for the frontend was recently contributed by Maxime Ripard and is on its way to landing in the mainline Linux kernel, providing a base for my VPU-related work. Maxime’s patches allow scaling hardware planes (among other things), a feature that will be very useful for scaling videos to the screen size in hardware rather than software (which is another major bottleneck for performance).

Support for untiling the VPU frames is approaching completion (luminance is correctly decoded while chrominance is not yet correctly handled). 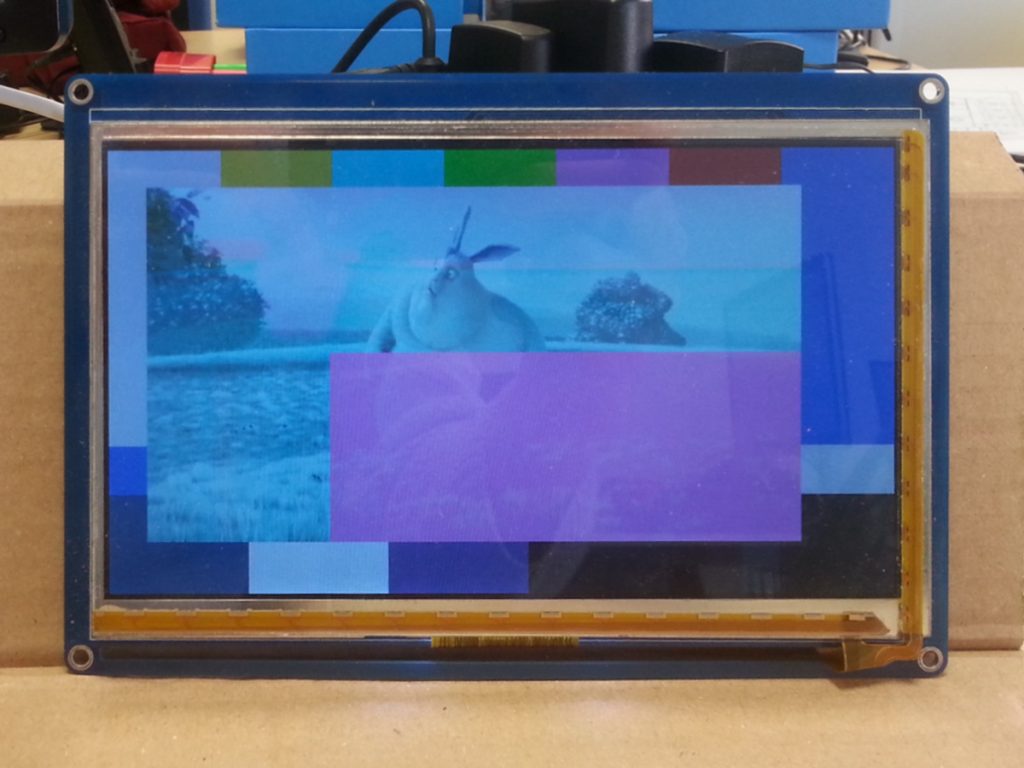 Once the frames are properly shown on screen, it’ll be time to make sure that dmabuf works as expected, which will allow us to send buffers from the VPU to the display engine without any copy, thus improving performance.

We should be making good progress on this topic over the upcoming week and start contributing patches to the sun4i DRM driver, so stay tuned for our next status update!