The 2.1 release of the Elixir Cross Referencer is now live on https://elixir.bootlin.com/.

Development of new features has accelerated in the recent months, thanks to the contributions from Tamir Carmeli (Github), Chris White (Github) and Maxime Chrétien (Github), who was hired at Bootlin as an intern. I am going to describe the most important new features from such contributors, but the three of them actually made many smaller contributions to many aspects of Elixir.

So, here are the important new features you can now find in Elixir…

Thanks to Chris White, when you search for a function, you can now see where it is documented, at least when it is done in the Linux kernel way, extracting documentation from comments in the sources. 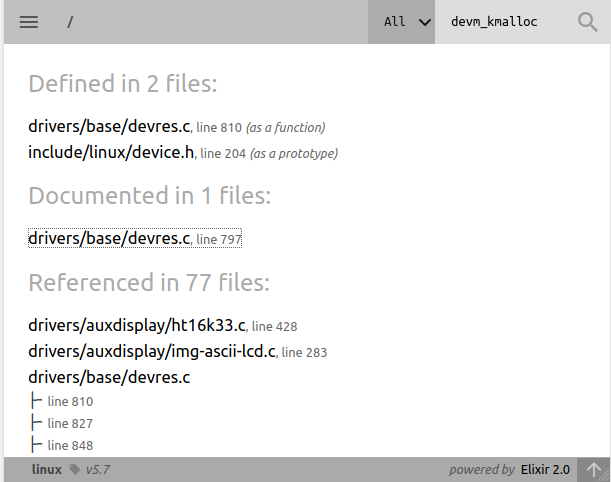 This way, when documentation is available, you can immediately know the meaning and expected values of the parameters of a given function and its return value.

Maxime Chrétien has extended Elixir to support kernel configuration parameters. Actually, he contributed a new parser to the universal-ctags project to do so. This way, you can explore C sources and Kconfig files and find the declarations and uses of kernel parameters: 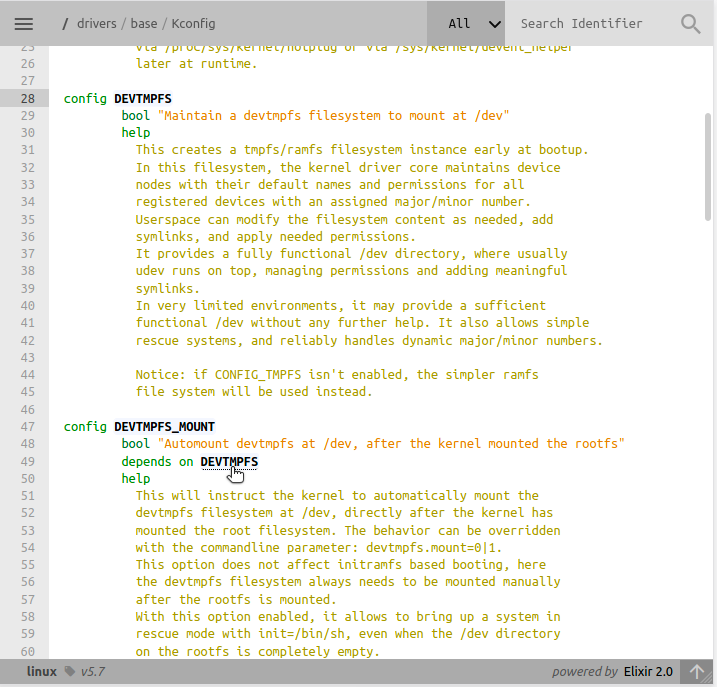 Now, every time we mention a kernel configuration parameter in our free training materials, we can provide an Elixir link to them. Here is an example for CONFIG_SQUASHFS. Don’t hesitate to use such links in your documents and e-mails about the Linux kernel!

Note that you also have Kconfig symbol links in defconfig files, allowing to understand non-default kernel configuration settings for a given SoC family or board. See this example.

Maxime Chrétien also extended Elixir to support Device Tree labels. This way, when you explore a Device Tree source file and see a reference (phandle) to such a label, you can easily find where it’s defined and what the default properties of the corresponding node are.

Following such extensions to Elixir to support new scopes for symbols, we extended the interface to allow to make searches for symbols either in specific contexts (C, Kconfig or DT), or in all contexts. In most of the cases, a single context will suffice, but we’re anyway offering a mode to perform searches in all contexts at the same time: 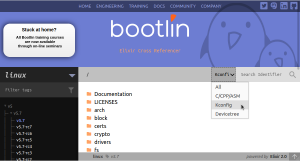 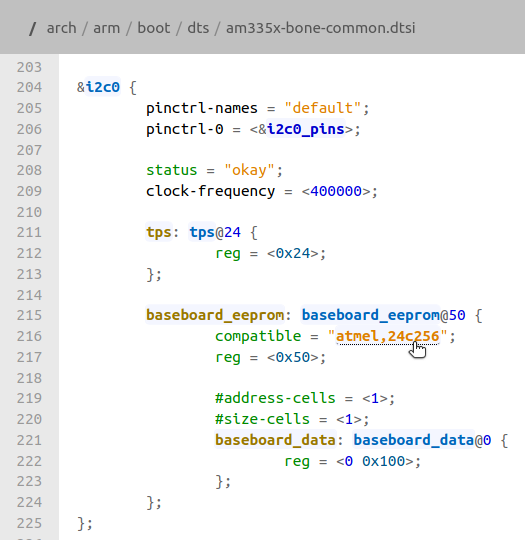 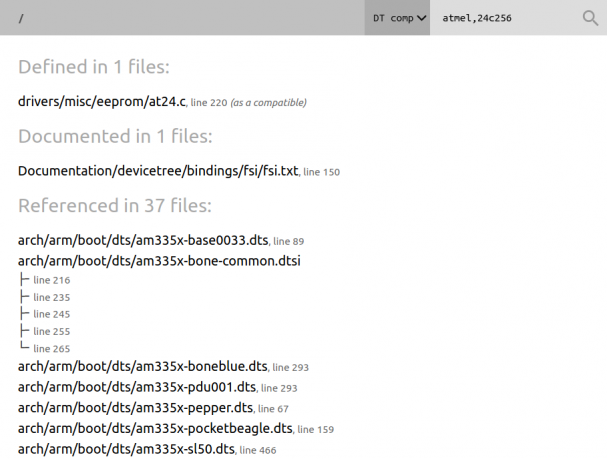 Symbol auto-completion in the search dialog 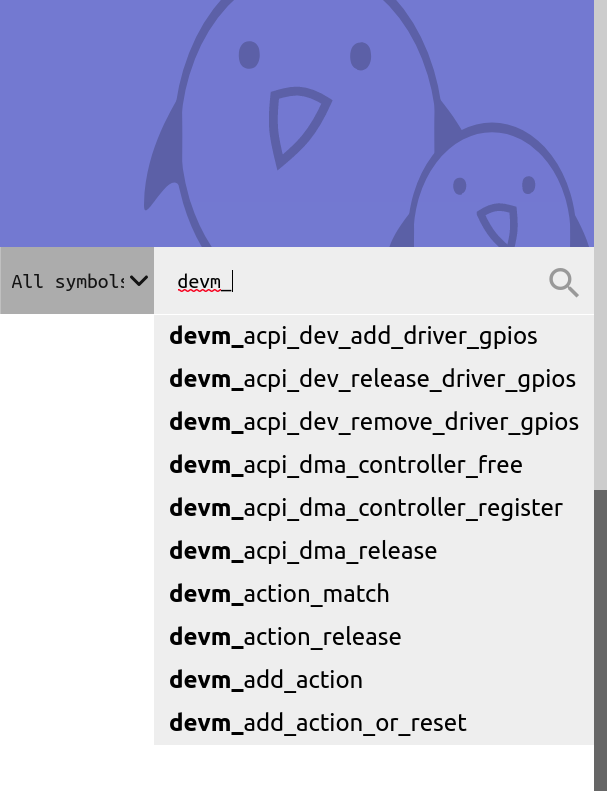 In addition to this improvement for Device Tree indexing, Maxime has also contributed a new lexer to the Pygments project, which is used by Elixir for HTML syntax highlighting for all types of files.

Thanks to Tamir Carmeli, it’s now possible to access the Elixir database through a new REST API, instead of going through its web interface. This way, you can make Elixir queries from data processing scripts, for example.

Chris White has implemented an extensive testing infrastructure to quickly detect regressions before the corresponding changes are applied to production servers. Tamir Carmeli also contributed a test system for the REST API.Thanks to this, each new commit is tested on Travis CI.

Parallel build for the Elixir database

Maxime Chrétien has managed to multithread indexing work. While Maxime is still exploring further options, this has already allowed to divide indexing time by an approximate factor of two.

The main limitation of the Elixir Cross Referencer is that it doesn’t try to match any context. For example, the actual implementation of a symbol may depend on the value of a configuration option. When browsing a source file, Elixir also always links to all possibilities for each symbol (there can be multiple unrelated instances of the same symbol across the kernel sources) instead of narrowing the search to the definition corresponding to the currently browsed file. Elixir leave it up to the human user to find out which result matches the context of origin.

This is particularly true for Device Tree symbols that have unrelated occurrences everywhere in the source tree, such as i2c0. In a distant future, we may be able to restrict the search to the context of an originating file.

If you have new ideas for extending the Elixir Cross Referencer to support more features and use cases, please share them on the project’s bug tracker. If they are feasible without compromising the relative simplicity and scalability of our engine, we will be happy to implement them!