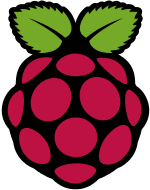 The main goal behind this upstreaming process is to get rid of the closed-source firmware that is used on non-upstream kernels every time you need to enable/access a specific hardware feature, and replace it by something that is both open-source and compliant with upstream Linux standards.

Eric Anholt has been working hard to upstream display related features. His biggest contribution has certainly been the open-source driver for the VC4 GPU, but he also worked on the display controller side, and we were contracted to help him with this task.

Our first objective was to add support for SDTV (composite) output, which appeared to be much easier than we imagined. As some of you might already know, the display controller of the Raspberry Pi already has a driver in the DRM subsystem. Our job was to add support for the SDTV encoder (also called VEC, for Video EnCoder). The driver has been submitted just before the 4.10 merge window and surprisingly made it into 4.10 (see also the patches). Eric Anholt explained on his blog:

The Raspberry Pi Foundation recently started contracting with Bootlin to give me some support on the display side of the stack. Last week I got to review and release their first big piece of work: Boris Brezillon’s code for SDTV support. I had suggested that we use this as the first project because it should have been small and self contained. It ended up that we had some clock bugs Boris had to fix, and a bug in my core VC4 CRTC code, but he got a working patch series together shockingly quickly. He did one respin for a couple more fixes once I had tested it, and it’s now out on the list waiting for devicetree maintainer review. If nothing goes wrong, we should have composite out support in 4.11 (we’re probably a week late for 4.10).

Our second objective was to help Eric with HDMI audio support. The code has been submitted on the mailing list 2 weeks ago and will hopefully be queued for 4.12. This time on, we didn’t write much code, since Eric already did the bulk of the work. What we did though is debugging the implementation to make it work. Eric also explained on his blog:

Probably the biggest news of the last two weeks is that Boris’s native HDMI audio driver is now on the mailing list for review. I’m hoping that we can get this merged for 4.12 (4.10 is about to be released, so we’re too late for 4.11). We’ve tested stereo audio so far, no compresesd audio (though I think it should Just Work), and >2 channel audio should be relatively small amounts of work from here. The next step on HDMI audio is to write the alsalib configuration snippets necessary to hide the weird details of HDMI audio (stereo IEC958 frames required) so that sound playback works normally for all existing userspace, which Boris should have a bit of time to work on still.

On our side, it has been a great experience to work on such topics with Eric, and you should expect more contributions from Bootlin for the Raspberry Pi platform in the next months, so stay tuned!

Boris is was an engineer at Bootlin between 2014 and 2018. See https://bootlin.com/company/staff/boris-brezillon/ for details. View all posts by Boris Brezillon