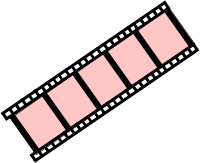 To produce new HD videos from the Embedded Linux Conference, we needed a new script to add an introduction sequence to the videos we processed.

To make all this automatic, and to suppress the need to go through interactive tools (such as kdenlive) to produce a title with a fade-in / fade-out effect, I created a new theora-intro script. The process got much more complex than I expected, but fortunately, I got a lot of valuable advise and help from the Theora mailing list, and could hide all this complexity inside the script. That’s what scripts are for!

A nice feature. compared to the interactive video editors, is that no extra video processing pass is needed. Thanks to this, even a big video file can be processed within a few minutes. Another useful feature is that the script preserves the Ogg metadata (artist, title, location, copyright…).

So, if you wish to add an introduction sequence to your own videos, whatever their initial format, first convert them to Theora using ffmpeg2theora. Then, create a title image for your video, and then run theora-intro on it.

You can find all useful details on our theora-intro page.

It is quite common to have several toolchains and to switch back and forth between them while doing development. At least, this is something I do a lot when doing Buildroot development and debugging. As I hate typing full paths all the time, I usually put the toolchain bin/ directory into my $PATH variable, so that I can easily access the toolchain binaries. However, it means that everytime you run a new shell or everytime you want to switch from one toolchain to another, you need to modify the PATH variable manually by re-exporting it. Of course, one could easily put all the bin/ directories of all toolchains in the PATH, but that would clutter what is shown when I do arm-TAB-TAB, and that’s not nice.

So, now I can do things such as

Because these commands must modify the PATH variable of the current shell, they cannot be implemented as separate shell scripts, so they are in fact implemented as functions in my ~/.bashrc script. And in addition to these functions, I also implemented completion, so when you do xtoolsadd TAB-TAB, it gives you a choice of toolchains, and if you start typing one and press TAB, it will just automatically complete for you. The same thing works with xtoolsdel, of course.

To make this work, here is what you need to put in your ~/.bashrc file:

The shell code may not be perfect or fully optimized, but it works. Of course, if you have suggestions or questions, don’t hesitate to post comments!